Orbital Therapeutics aims to enhance global health by unleashing the full potential of RNA-based medicines to treat human disease in ways that were not previously possible. We are building a first-in-kind platform that integrates a critical mass of both established and emerging technologies and delivery mechanisms.

With this access to state-of-the-art RNA and novel delivery technologies, Orbital aims to advance an expansive and transformational portfolio of RNA therapeutics across a range of human diseases, including in the areas of vaccines, immunomodulation, protein replacement and regenerative medicine.

The future of RNA medicines is today. 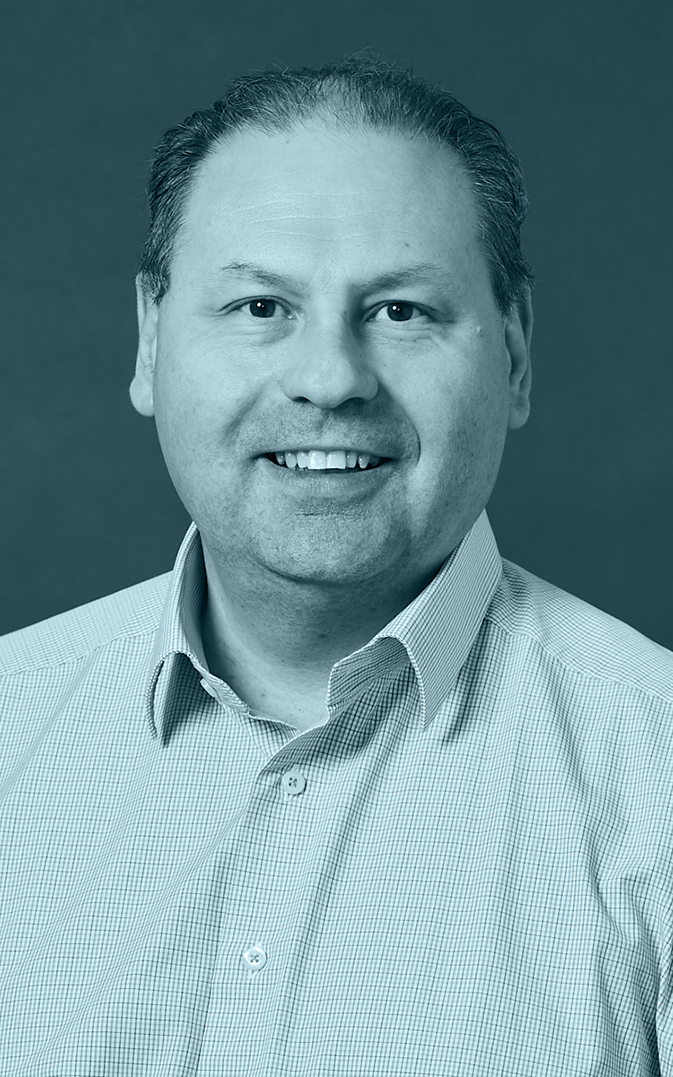 Throughout his career he has held several leadership roles, with a particular focus in the fields of antivirals, immunology and biotherapeutics. Prior to joining Beam Therapeutics, Dr. Ciaramella was the CSO of the Infectious Diseases division of Moderna Therapeutics, where he was instrumental in generating some of the first mRNA vaccines to be dosed in humans, several of which are progressing through clinical studies. At Boehringer Ingelheim, he served as Vice President and Head of Collaborative Research where he had responsibility for external R&D and was a member of the Research Leadership Team. Prior to Boehringer Ingelheim, he spent 14 years at Pfizer in the UK where he held several Discovery leadership positions, including head of Biotherapeutics, head of Antivirals and head of Lead Discovery.

He has contributed to several clinical candidates, both small molecule and biologics and to the anti-HIV drug Maraviroc (Selzentry TM), which won the USA Prix Galien for Best Pharmaceutical in 2008. He is a member of the Infectious Diseases Society of America (IDSA) and of the American Society of Gene Therapy (ASGT). 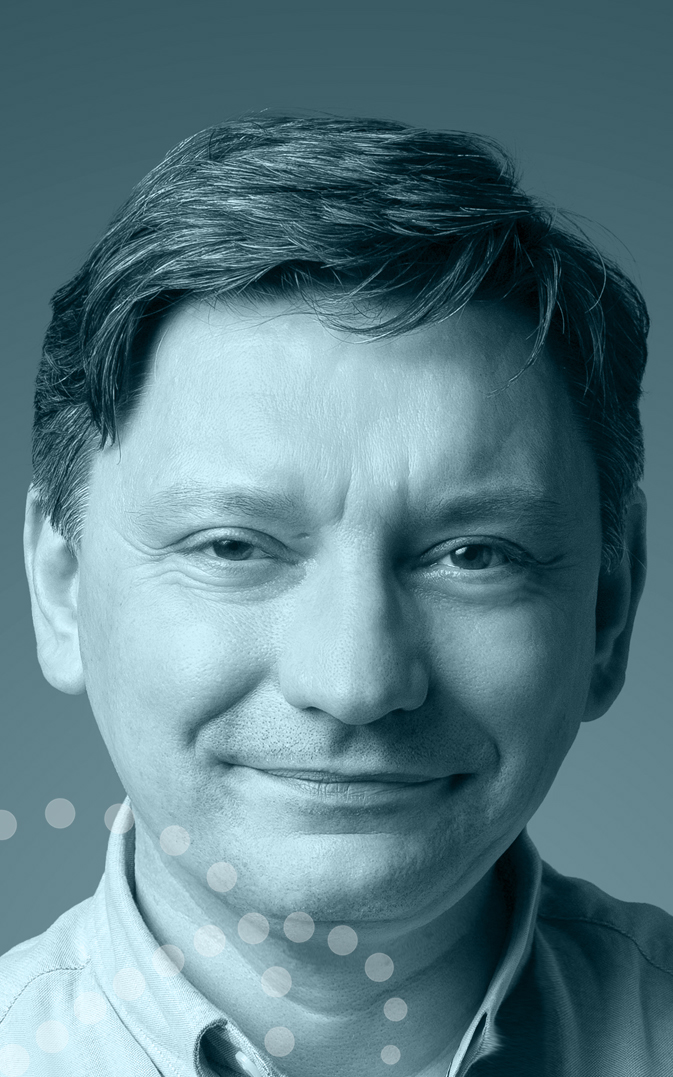 Dr. Gilles Besin joined Orbital Therapeutics in August 2022. He brings 15 years of research experience in immunology and vaccines for infectious diseases, oncology, and metabolic disorders, including rare diseases. Prior to joining Orbital Therapeutics, Dr. Besin led all discovery research efforts at Affinivax as Head of Discovery. In this role, he led a team to discover and develop vaccine candidates (targeting Staphylococcus, Klebsiella, Pseudomonas, bacteria Clostridium difficile and more recently SARS CoV-2 vaccine), and support the development of the Streptococcus pneumoniae vaccine pipeline. Previously to Affinivax, Dr. Besin led the Moderna immunology platform and efforts to optimize the mRNA delivery platform and modulate T cell responses in cancer and autoimmune diseases using lipid nanoparticles. of mRNA. In addition, Dr. Besin has collaborated on numerous mRNA vaccines against cancer and infectious diseases, some in the clinical phase. Prior to Moderna, Dr. Besin was involved in the delivery of therapeutic nucleic acids and in the discovery of DNA vaccines mainly in cancer, for example hepatocellular carcinoma in In-Cell-ART (France). Along with these efforts, Dr. Besin has been involved in the development of mRNA vaccines in collaboration with Sanofi Pasteur and CureVac under the Defense Advanced Research Projects Agency (DARPA). Prior to his experience in industry, Dr. Besin worked on the characterization of autoimmune T cells and dendritic cells in autoimmune diseases (type 1 diabetes) at the clinical research center of the University of Sherbrooke in Canada. Dr. Besin obtained his doctorate. in immunology from the Max Planck Institute for Immunobiology in Germany and an engineering degree in biotechnology from ESBS in France. 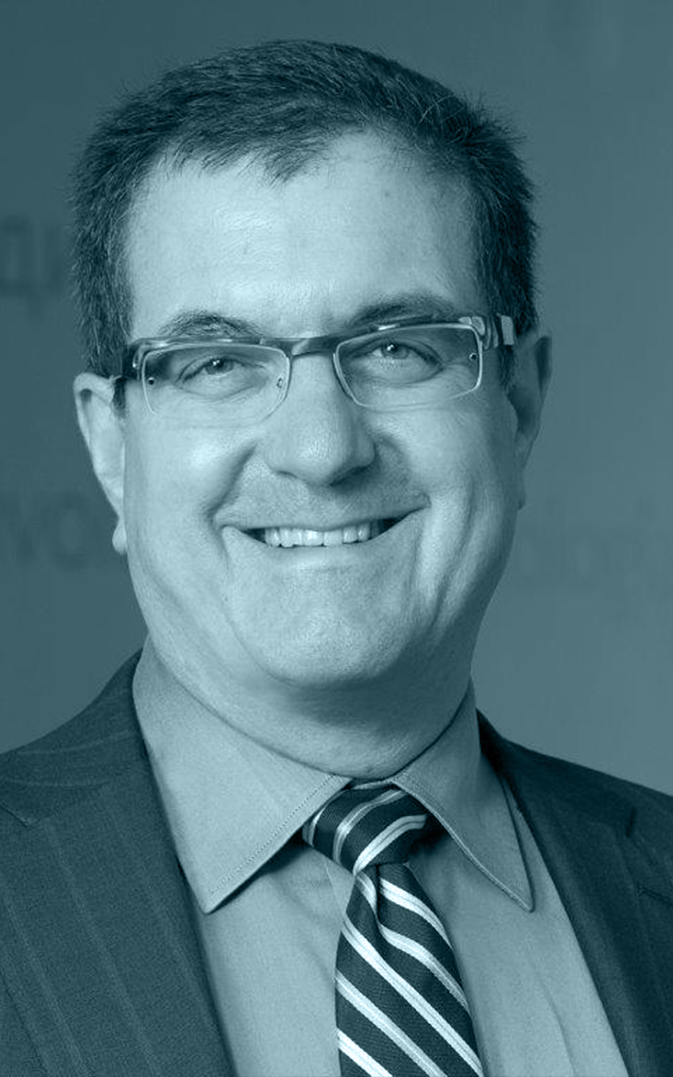 Dr. John Maraganore served as the founding CEO and a Director of Alnylam from 2002 to 2021, where he built and led the company from early platform research on RNA interference through global approval and commercialization of the first four RNAi therapeutic medicines, ONPATTRO®, GIVLAARI®, OXLUMO®, and Leqvio®. At Alnylam, he also led the company’s value creation strategy, building over $25B in market capitalization and forming over 20 major pharmaceutical alliances. He continues to serve on the Alnylam Scientific Advisory Board. Prior to Alnylam, he was at Millennium Pharmaceuticals, Inc., where he was responsible for the company’s product franchises in oncology, and cardiovascular, inflammatory and metabolic diseases, in addition to leadership of M&A, strategy, and biotherapeutics functions. Before Millennium, he held scientific and business roles at Biogen, Inc. where he invented and led the discovery and development of ANGIOMAX® (bivalirudin) for injection. Previously, he was a scientist at ZymoGenetics, Inc. and the Upjohn Company.

Dr. Maraganore is currently a Venture Partner at ARCH Venture Partners, a Venture Advisor at Atlas Ventures, an Executive Partner at RTW Investments, and Senior Advisor for Blackstone Life Sciences. He is also member of the Board of Directors of publicly traded companies, including Agios Pharmaceuticals, Beam Therapeutics, Kymera Therapeutics, ProKidney Corp., and Takeda Pharmaceuticals. He is also on the Board of a number of private companies – including Aerium, Hemab, Aera, and Versanis, and on the Board of the Biotechnology Innovation Organization, or “BIO,” where he was Chair from 2017-2019 and is Chair Emeritus. In addition, he serves on the Board of the Termeer Foundation – committed to continuing the legacy of the late Henri A. Termeer, as Chair of the n-Lorem Foundation Advisory Council – committed to meeting the needs of patients with nano-rare diseases, on the Advisory Board of Ariadne Labs – advancing global health system innovations, and as an advisor to Nucleate – a student-led organization facilitating the formation of pioneering life sciences companies. Dr. Maraganore also serves as a strategic advisor to a number of innovative biotechnology companies, with a focus on mentoring CEOs in their mission to advance science and innovation for patients.

Dr. Maraganore received his M.S. and Ph.D. in biochemistry and molecular biology at the University of Chicago. 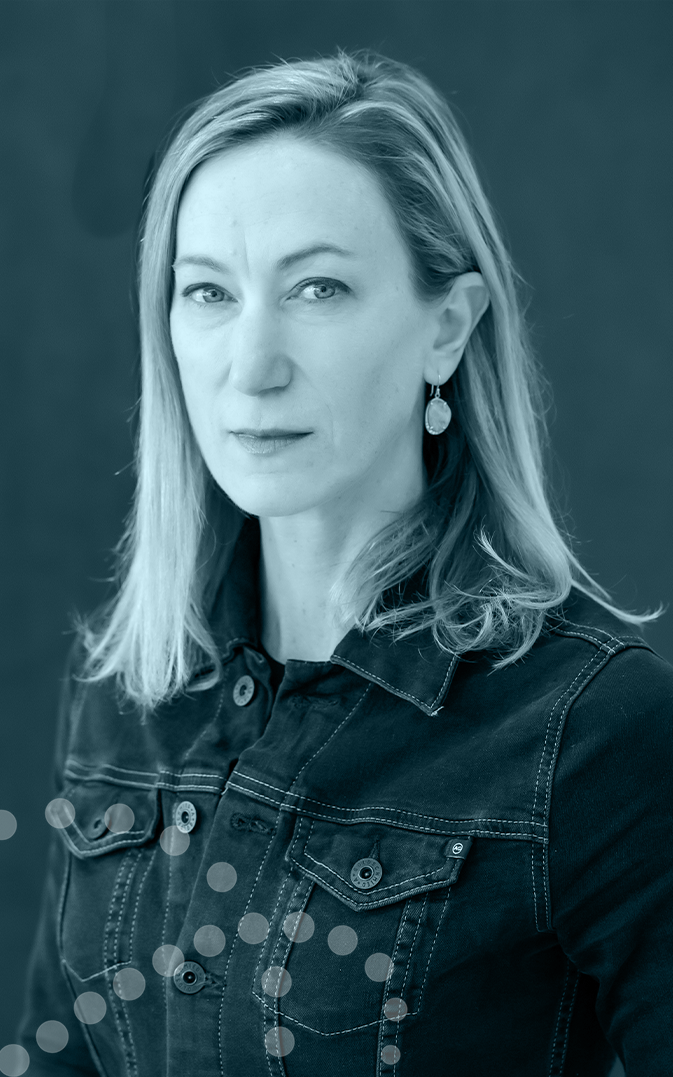 Ms. Burow is focused on the creation and development of biotechnology, pharmaceutical and health tech companies. Since joining ARCH in 2002, she has risen from Associate to Managing Director and has played a significant role in the growth of ARCH’s life sciences portfolio, including multiple public companies exceeding billion-dollar valuations.

Prior to joining ARCH, Ms. Burow was an Associate with the Novartis BioVenture Fund in San Diego. As an early employee at the Genomics Institute of the Novartis Research Foundation (GNF), she directed Chemistry Operations and was active in Business Development where she helped create numerous companies as spinouts from GNF. 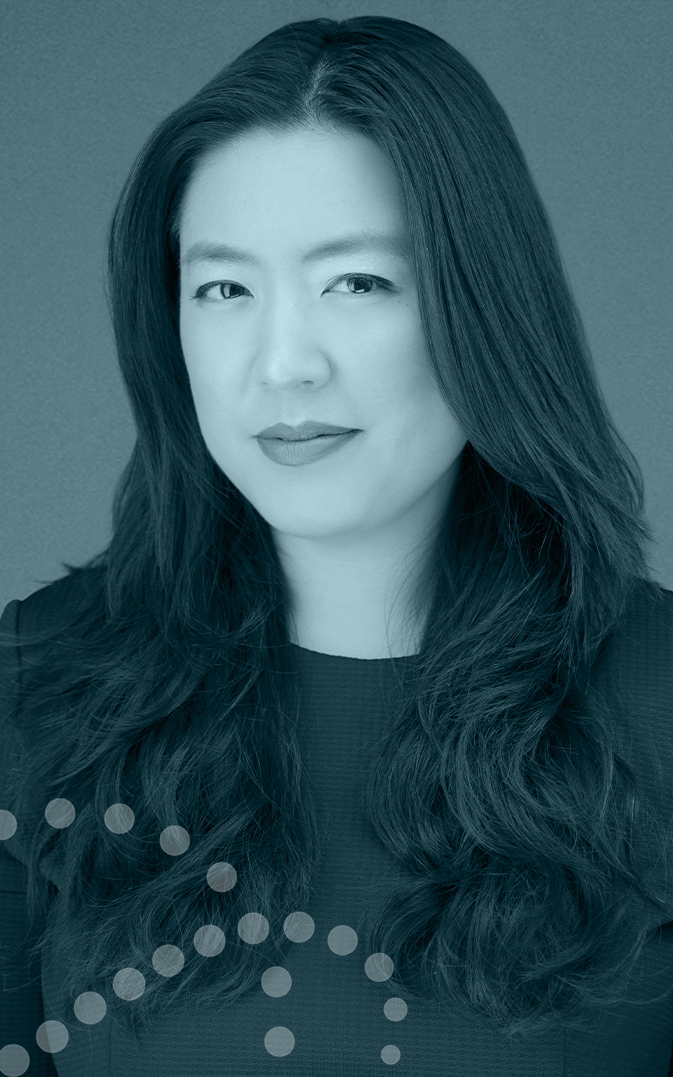 Carol Suh is a Partner with ARCH Venture Partners. She joined the company in 2018 as an Associate and was named Partner in 2021. Carol focuses on identifying and evaluating new life science technologies and is involved in company creation. Carol is a stem cell biologist by training and combines her scientific expertise with experiences on the business side of biotech. Carol is a co-founder and SVP, Strategy at Neumora Therapeutics and helped build Sana Biotechnology, Autobahn Therapeutics and Boundless Bio. Prior to ARCH, Carol helped launch Magenta Therapeutics, a biotech company transforming the way bone marrow stem cell transplants are performed. Previously, she was a consultant at Trinity Partners, working with a wide range of biotech and pharma companies on corporate strategy, market research, and business development. Carol began her career in R&D Strategy with GlaxoSmithKline’s Regenerative Medicine group. For her work, she was recognized on the 2015 Forbes 30 Under 30 list in Healthcare.

Ms. Suh holds an A.B. in Molecular Cellular Biology from Harvard University, where she trained under Dr. David Scadden at the Harvard Stem Cell Institute. She also holds a M.Phil from Yale University and was awarded the National Science Foundation Graduate Research Fellowship for her work in stem cell biology. She completed her M.B.A. from Stanford Graduate School of Business. 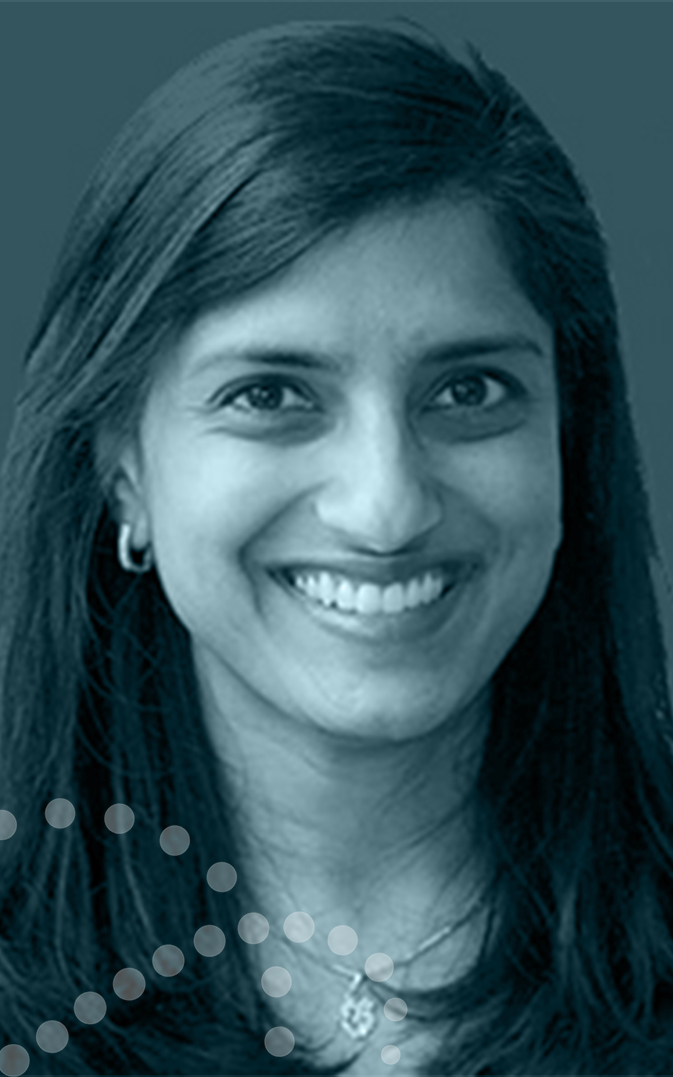 Vineeta Agarwala, MD, PhD, is a General Partner at Andreessen Horowitz where she leads investments for the firm’s bio + health fund across therapeutics, life sciences tools/diagnostics, and digital health, with a focus on companies leveraging unique datasets to improve drug development and patient care delivery.

Prior to joining a16z, Vineeta held many different roles in the healthcare space: as a physician taking care of patients; as an operator at healthtech startups; and as a venture investor on the Google Ventures life sciences team. She was an early data scientist at Kyruus; a management consultant for biotech, pharmaceutical, and medical device clients at McKinsey & Co; and a Director of Product Management at Flatiron Health, where she led the company’s partnership with Foundation Medicine to integrate real-world clinical and genomic data into national-scale data products to accelerate research and development in oncology. She has collaborated with academic researchers at Cold Spring Harbor Laboratory, Lawrence Livermore National Laboratory, and the Broad Institute, where she did graduate work in computational biology and human genetics.

Vineeta holds a B.S. in biophysics from Stanford University, and MD and PhD degrees from Harvard Medical School / MIT. She completed her clinical residency at Stanford, and is board certified in internal medicine. Vineeta continues to see patients at Stanford as an adjunct clinical professor in the Division of Primary Care and Population Health. 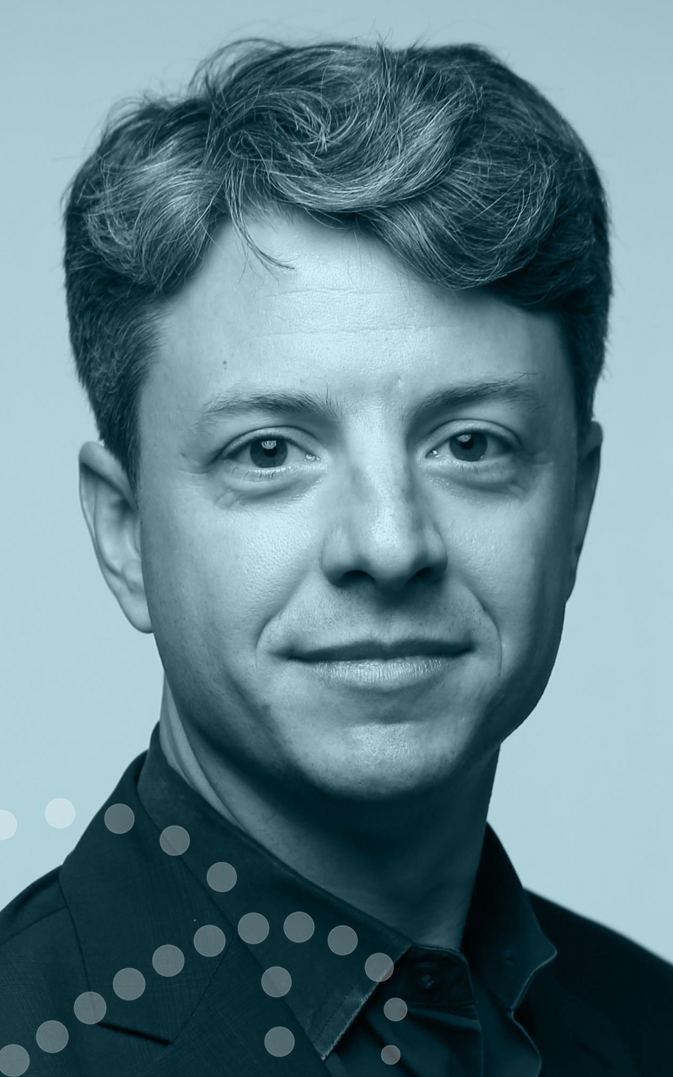 John Evans joined Beam in 2017 as CEO, bringing significant experience as a company builder, dealmaker, and drug developer in the biotechnology industry.

Mr. Evans was previously an early employee and member of the leadership team at Agios Pharmaceuticals, most recently serving as Senior Vice President for Corporate Development and Portfolio Leadership. At Agios, Mr. Evans served as IDH Portfolio Executive, providing strategic and operational leadership for a portfolio of first-in-class IDH inhibitors including IDHIFA and TIBSOVO. He helped initiate and lead Agios’ landmark alliance with Celgene, resulting in over $600M of funding and investments across multiple research collaborations in cancer metabolism. He also co-led Agios’s expansion into rare genetic diseases. Prior to joining Agios, Mr. Evans worked at Infinity Pharmaceuticals, McKinsey & Company (Pharmaceuticals practice) and MedImmune.

Mr. Evans holds an M.B.A. in Healthcare Management from Wharton, a Masters in Biotechnology from the University of Pennsylvania, and a B.A. in English with distinction from Yale University. 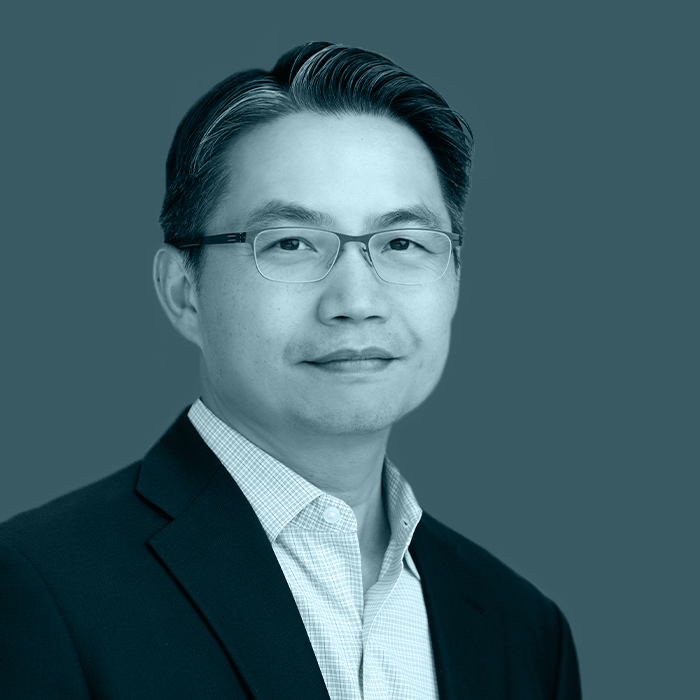 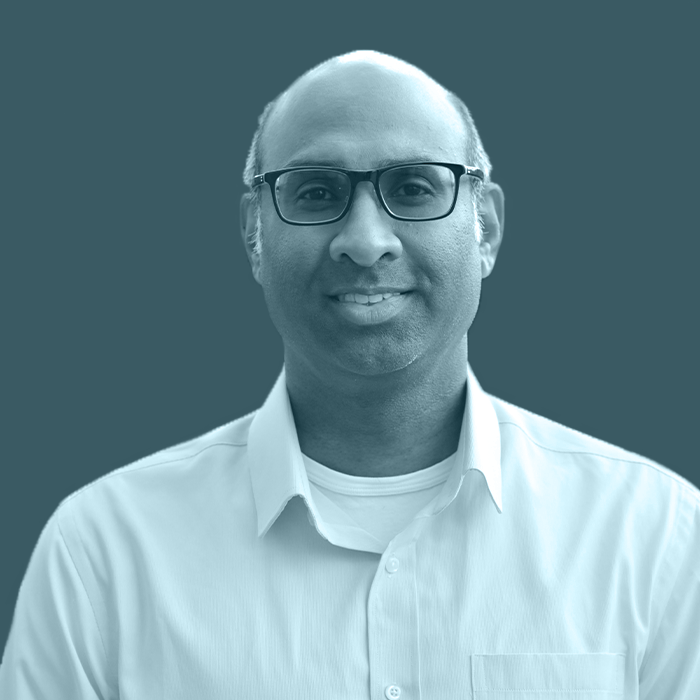 Professor of Medicine, Chief of Division of Hematology Stanford University 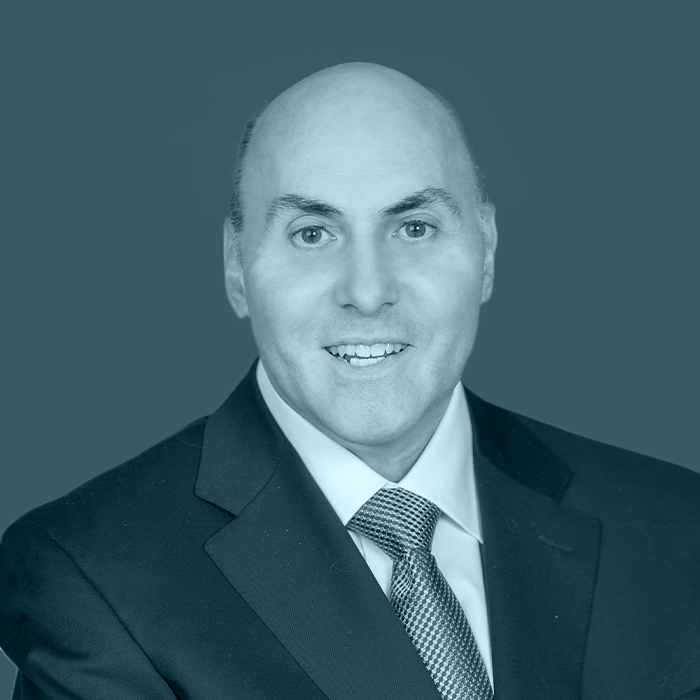 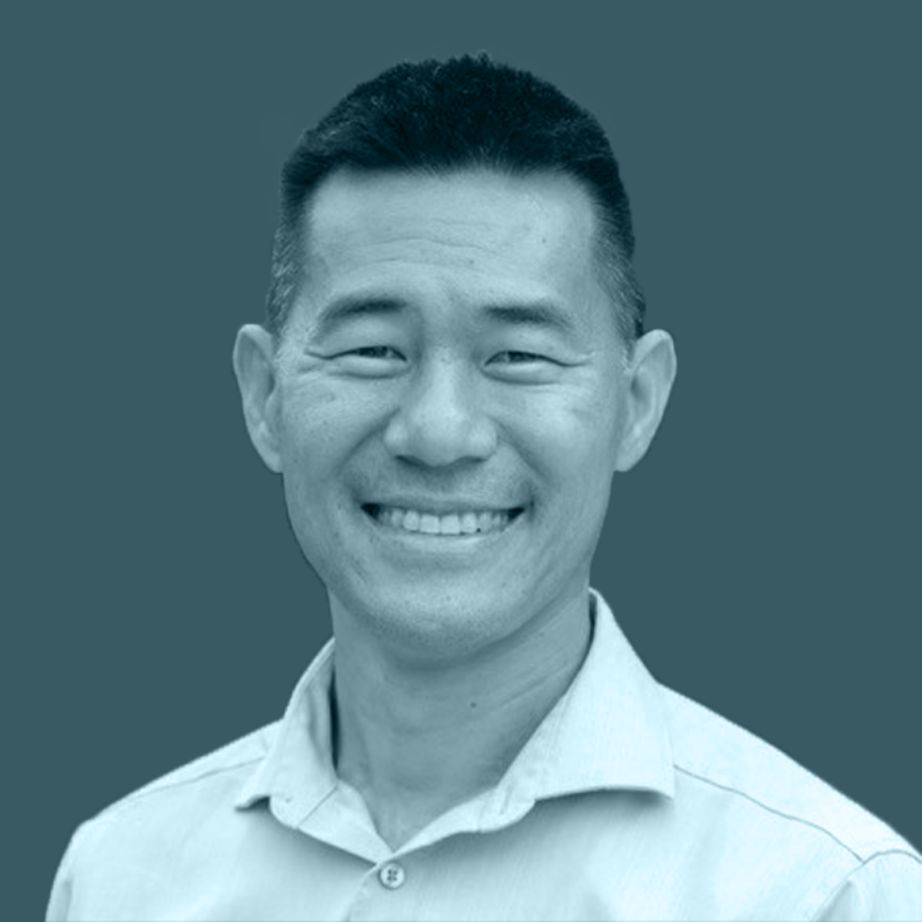 Orbital Therapeutics is unleashing the full potential of RNA-based medicines to treat human disease in ways that were not previously possible!

The combination of high caliber science, revolutionary technologies, a world class team and an extraordinary team environment, positions Orbital to be a therapeutically transformational company.

We are creating a team of exceptional individuals for Automation, Bioinformatics, Platform Enhancement, and Protein Engineering & Structural Biology, who share a passion for innovation, collaboration and changing patients’ lives.

If you want to be a part of the team that defines a new frontier of science and leads the future of RNA medicines, please submit your resume to careers@orbitaltx.com.